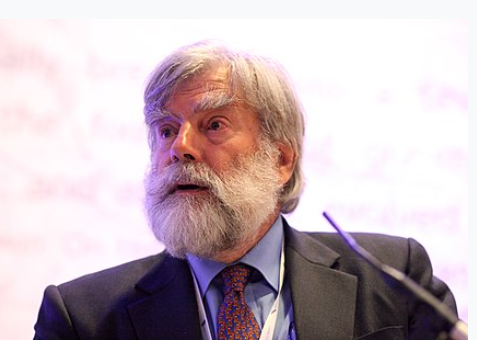 Robert Charles Hider (born 1943, London) is a Professor of Medicinal Chemistry at King’s College London. He is a specialist in therapeutic iron chelators.

After education at Winslade School, Exeter he attended King’s College London as a BSc Chemistry and Physics undergraduate (1961 – 64), and then obtained a Ph.D. there in Synthetic Chemistry (1967).

Hider began a career in biological chemistry in the Endocrinology Department of St Thomas’s Hospital Medical School under the supervision of David London. He studied the influence of insulin on muscle protein synthesis. In 1970 he was appointed as the first lecturer in biological chemistry at Essex University and initiated the biological chemistry degree. During this period his research was directed towards the study of membranes [1], the mechanisms of penetration of such structures [2], and their mode of interaction with animal toxins [3,4]. In 1977 he was awarded sabbatical leave and worked with Joe Neilands, in the Department of Biochemistry, the University of California, Berkeley. This laboratory was centered on siderophore chemistry and biochemistry. Siderophore chemistry has been a driving force throughout his career [5].

On return to the UK, Hider, in collaboration with Ernest Huehns, developed the first orally active iron chelator, deferiprone [6-8], which was introduced into clinical trials by Victor Hoffbrand in 1987 [9]. During this decade he was promoted to senior lecturer and then to reader. Deferiprone is currently used worldwide for the treatment of transfusion-induced iron overload, which is associated with β-thalassemia and sickle cell anemia [9].

In 1987 Hider was appointed Professor of Medicinal Chemistry in the Pharmacy Department of King’s College London, where he continued his studies on iron biochemistry. Over the period 1987 – 2015, he introduced several analytical methods for “non-transferrin bound iron” [10,11] and has continued to develop new iron chelators [12,13], particularly those targeted to mitochondria [14,15]. He has collaborated with Ciba Geigy (now Novartis), Apotex, Shire Pharmaceuticals, Vifor and Renapharma.

His most cited articles are:

Fellow of the Royal Society of Chemistry, 1987

Science Chairman of the Royal Pharmaceutical Society of Great Britain, 1998

Honorary Professor at the University of Bath, UK, 2019 – present